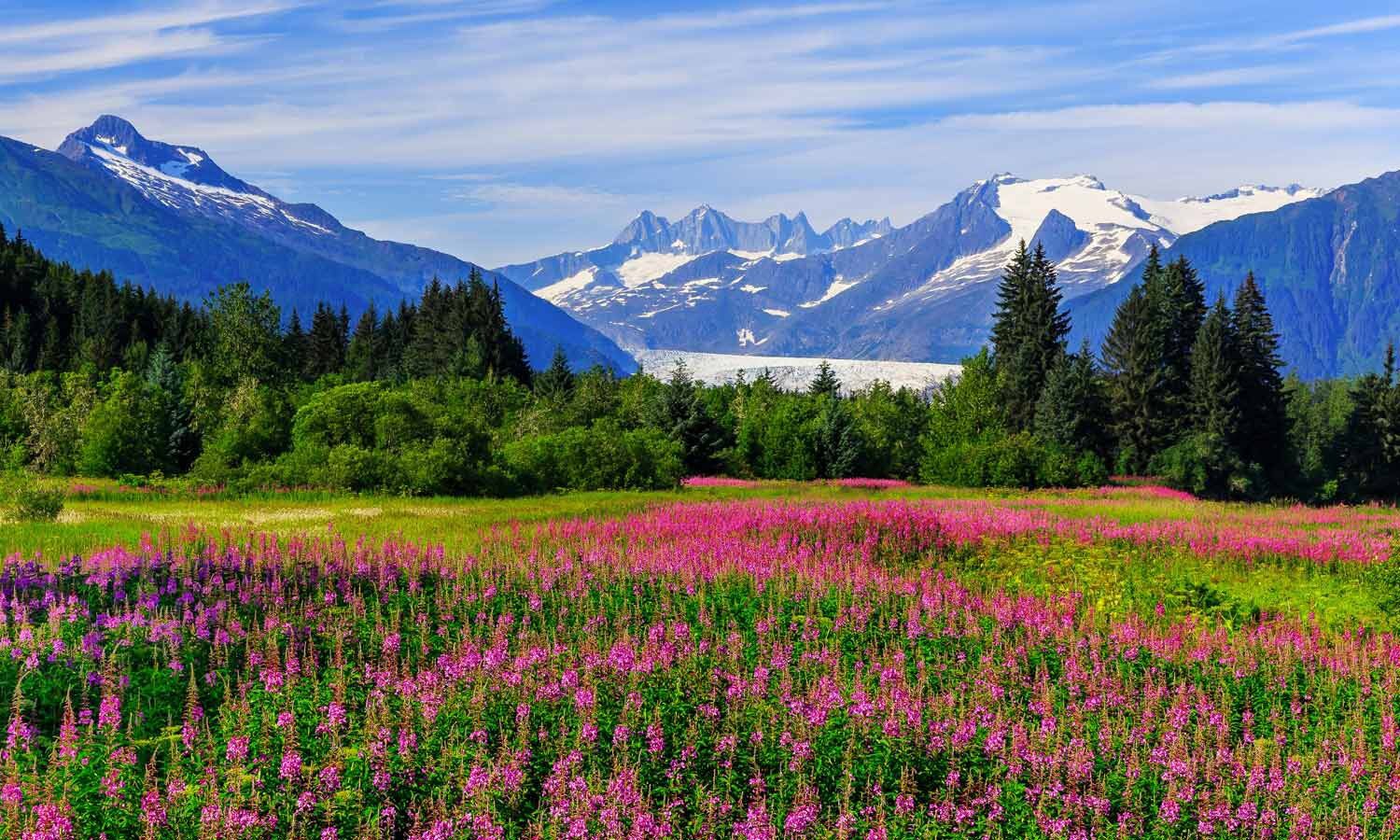 10 Once-in-a-Lifetime Adventures You Can Have in Alaska

In fact, there are so many possibilities here, it can be hard to choose! The solution? Read through this list of only-in-Alaska thrills, pick one or two that really resonate with you, then use them as the core of a once-in-a-lifetime adventure trip. 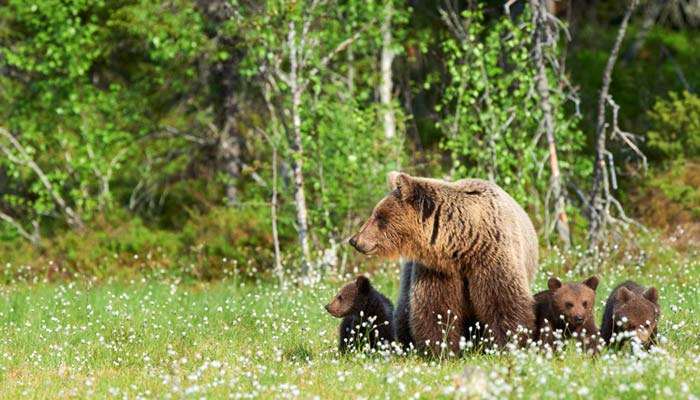 But did you know the smaller, shyer black bear loves salmon, too? Although black bears normally avoid brown bears, there are a few special places where you might see both species fishing side by side. One of the most accessible is Anan Creek Wildlife Sanctuary, located near the tiny Southeast Alaska town of Wrangell.

2. Hiking to the Peak of an Alaska Mountain

It's one thing to see Alaska's majestic mountains — but if you want the full experience, consider lacing up your hiking boots and trekking to the top of one of those peaks.

This requires some discretion: Alaska's trails tend to be more challenging, less traveled, and more sparingly marked or maintained than those you'll encounter in other places. If you're not confident in your ability to hike alone, hire a local guide for a tour. Feeling the wind ruffle your hair as you stand atop an Alaska mountain, with dozens of other peaks sprawling in every direction around you, is worth every drop of sweat. 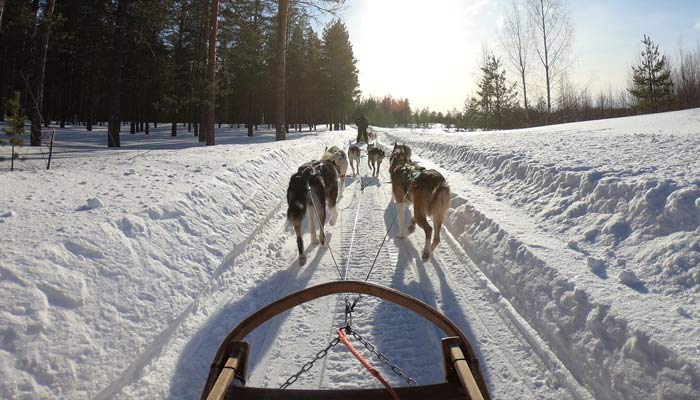 3. Dog Sledding on a Glacier

You might find yourself thinking it doesn't get any more Alaskan than cuddling sled dog puppies or jumping in a wheeled cart for a summer "sled dog" ride. But wait! It does get even better: You can experience winter and summer together by jumping into a small plane or helicopter that'll whisk you off to a glacier, where you can ride a real Alaskan dog sled, pulled by real Alaskan huskies, under the very real sun of an Alaska summer. This is an especially popular activity from the port towns of Juneau and Seward.

4. Watch the Iditarod or Yukon Quest

Dog sled races don't come any bigger than the Iditarod, which runs from Anchorage to Nome in early March, or the Yukon Quest, which runs between Fairbanks and Whitehorse, Canada in early February.

Both races cover more than a thousand miles of rugged terrain, and their starts and finishes are equal parts sporting event and excuse for a party. But the Iditarod is so big that it has not just one epic start but two: First is the ceremonial start in Anchorage, followed by an official (re)start in Willow the next day.

5. Take in 24-Hour Sunlight Above the Arctic Circle

Alaska is famous for its midnight sun, but southern parts of the state do get a short, twilight-style nighttime during the summer. So, if you want true 24-hour sunlight, you'll have to venture north of the Arctic Circle. Consider Utqiagvik, the northernmost city in the United States, where the sun circles low but never dips below the horizon from mid-May to late August. Even if the temperature never rises past 50 degrees, you're still going to need sunscreen! 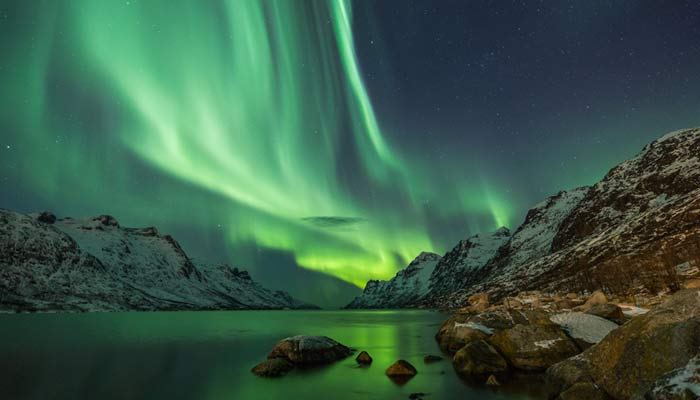 All that sunlight means you can't see the aurora borealis, or northern lights, shining overhead during the summer — but that's just an excuse to come back during the winter or shoulder seasons. That's when increasingly dark nights open the door for spectacular aurora viewing, especially in Interior Alaska communities like Fairbanks. There, the lights often shine right overhead, and there are many tours tailored specifically to expand your aurora-viewing options, from sleeping in clear-topped domes to ice fishing while you wait for the lights to appear. 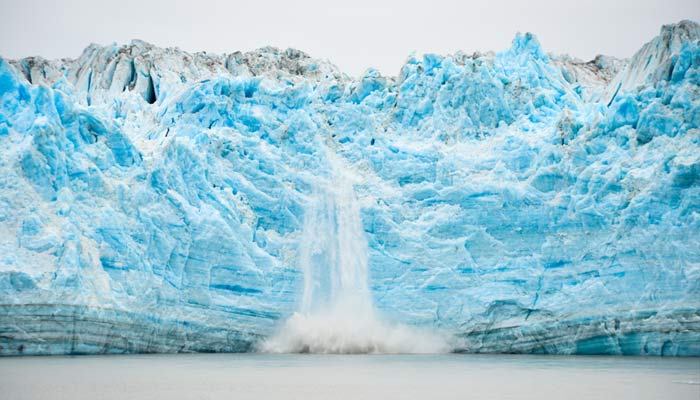 7. See a Tidewater Glacier Calve into the Sea

There's something spellbinding about watching a tidewater glacier calve into the sea: The massive wall of ice might creak, moan and grumble for minutes or hours before cruise-ship-sized chunks slough off its face and into the water, sending waves rippling out through the field of shattered ice surrounding the glacier. Or sometimes the glacier generates "shooters," chunks of ice that break off underwater and rise unannounced like submarines. Either way, it's well worth the price of a boat trip to witness this one-of-a-kind thrill. 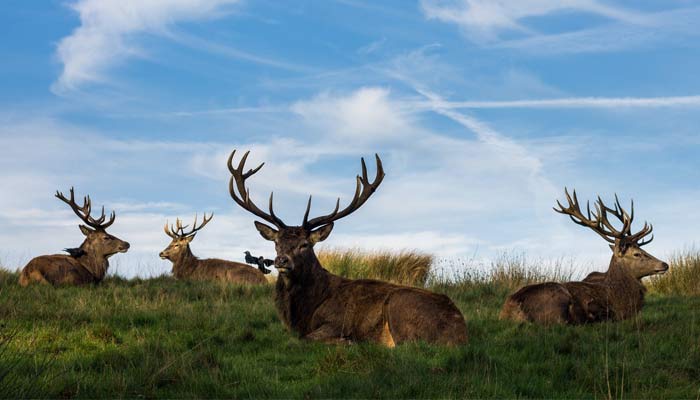 8. Get into a Footrace with Reindeer

Spain has its running of the bulls; here in Alaska, we go running with reindeer instead. This just-for-fun footrace takes place during Fur Rendezvous, a late-February carnival in Anchorage, where you can also join in a community blanket toss or participate in the only-in-Alaska activity of outhouse racing. (Google it — you won't be disappointed.)

If you're not quite up for racing ungulates through snowy downtown streets, check out Running Reindeer Ranch in Fairbanks where you can enjoy a more sedate nature walk in the company of free-ranging reindeer.

Many tours include demonstrations of traditional Alaska Native music and dance. But if you take the time to delve beneath the surface, you'll be rewarded with an even deeper glimpse into cultures that have not just survived, but thrived, in Alaska's challenging environments for thousands of years. Almost every major community has a cultural center where you can watch master Native artisans at work, view cultural artifacts, or even take classes in traditional techniques. 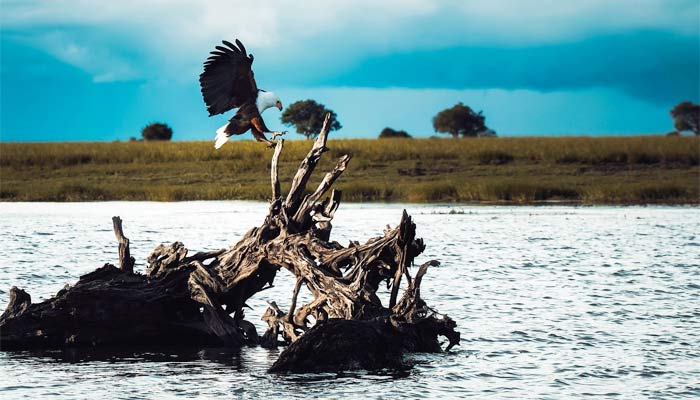 You can see bald eagles almost anywhere in Southcentral and Southeast Alaska, but these fish-loving raptors tend to cluster near the sea, river and lake shores when the fish are "in." That flocking behavior takes on a whole new meaning from October to February as eagles gather in the Chilkat Bald Eagle Preserve near the Southeast Alaska community of Haines. Their numbers often peak in the thousands as they enjoy a late feast of spawned-out salmon in open water.

Register for your Mandatory Arrival Test Before you Travel

The Best Airport Hotels Across Canada