Blog  /  Discover Beauty in Your Own Backyard 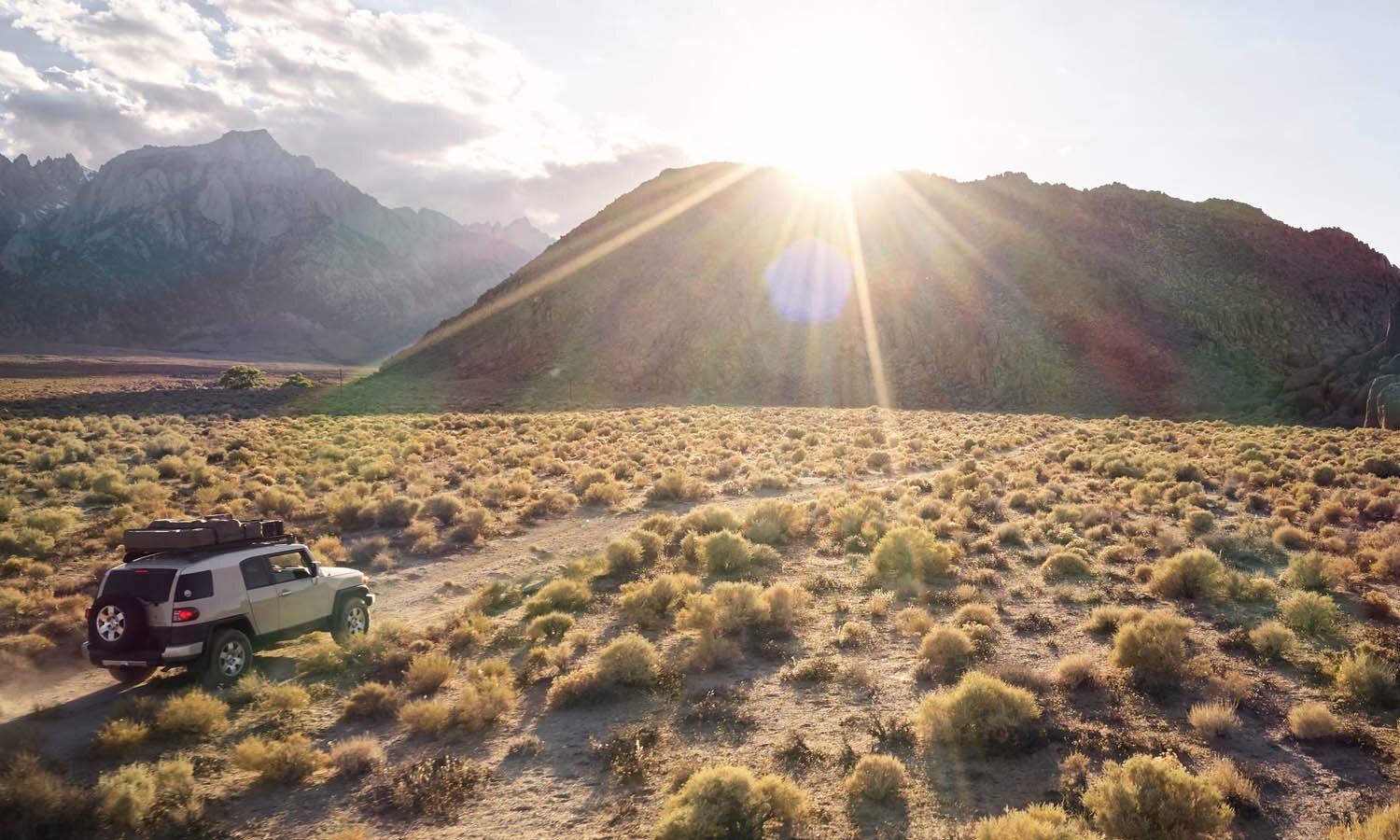 Discover Beauty in Your Own Backyard 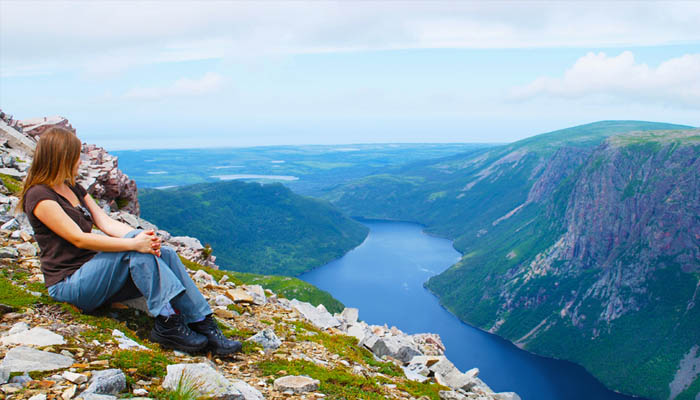 Designated a UNESCO World Heritage site, Atlantic Canada's second largest national park is a starkly beautiful expanse of craggy, mist-shrouded mountains, wind-swept highlands and landlocked fjords on the eastern coast of Newfoundland. From its rocky beaches and lush coastal forests to its barren lands, this geologically fascinating and breathtakingly scenic park is punctuated by the panoramic peak of Gros Morne Mountain and the ancient glacial and geological formations called the Tablelands. Here, you can ascend from flower-filled lowlands high into the alpine tundra in search of caribou, ptarmigan (also known as a snow quail) and snowshoe hare. Paddle past the sheer cliff sides of Western Brook Pond, a waterfall-fed freshwater fjord, and explore coastal pathways and trails leading to beaches hidden among sea stacks – all the while soaking up the colorful traditions of the charming seaside communities that make Newfoundland so unique.

Sitting on the St. Lawrence River, on the border between Canada and the United States, Thousand Islands National Park is one of the most popular destinations for visitors to Ontario. Its rugged shoreline and islands are dotted with opulent estates, including the famous Boldt Castle. The European style mansion, on Heart Island, is one of the main attractions, but its history is mired in sadness. The castle was the dream of millionaire George C. Boldt, an American hotelier who built this summer home as a display of his love for his wife, Louise. Unfortunately, she passed away suddenly before the castle was completed, and the broken-hearted Mr. Boldt stopped construction and never set foot on the island again. For over 70 years, the structure was vacant, left to mercy of the elements until the Thousand Islands Bridge Authority acquired the property. Today, visitors who embark on a Thousand Island cruise can visit the castle (a passport is required to disembark on the island) and enjoy the stunning views of the St. Lawrence River. Other islands offer visitors hiking trails, canoe or paddling excursions and overnight accommodations. 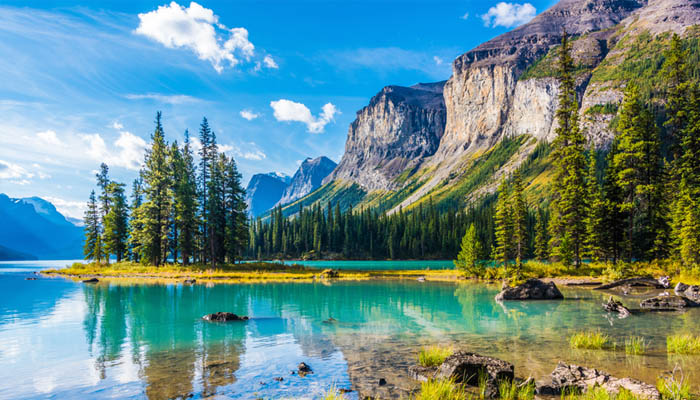 The largest of Canada's seven Rocky Mountain National Parks, which together comprise a UNESCO World Heritage site, Jasper is an alpine wilderness teeming with wildlife, including bighorn sheep, moose, eagles, elk, wolves, lynx, cougars and grizzly bears. Here, nature is writ large – from massive glaciers and snow-capped peaks to towering waterfalls, deep canyons and pine scented valleys. In summer, you can stroll through meadows carpeted with brilliant swathes of delicate wildflowers, soak in the restorative waters of natural hot springs and paddle across pristine emerald lakes, or camp, hike, bike and even backcountry horseback ride over rugged mountain trails. In winter, there are opportunities for canyon ice walks, cross-country and downhill skiing, pond skating, snowshoeing and wildlife watching. 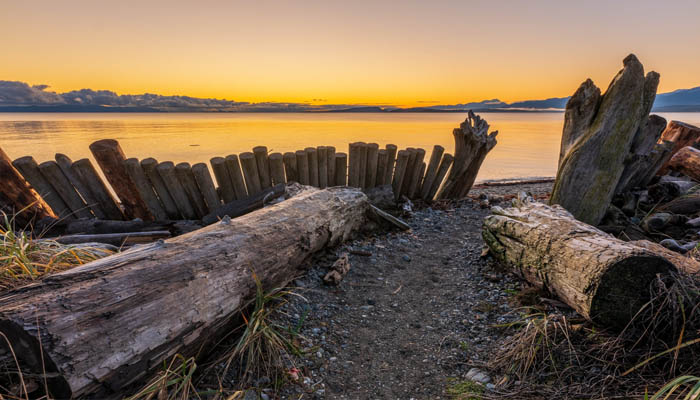 Saturated in millennia-old indigenous Nuu-chah-nulth culture and famed for its rugged coastline dotted with enormous beaches and old growth rainforest, Pacific Rim National Park is one of Canada's most popular National Parks. Stretching south from the whale-watching center of Tofino, the park spans part of Vancouver Island's wild west coast – famous for its spectacular Pacific storms that draw awed visitors from around the world. Take an easy interpretive stroll along the picturesque Wild Pacific Trail near Ucluelet or a challenging multi-day trek along the legendary West Coast Trail. Learn to cold water surf like the pros. Paddle among the Broken Islands, one of the world's premier sea kayaking destinations. Whale-watch from shore or on a boat, keeping an eye out for some of the estimated 20,000 grey and Orca whales that transit past here each year. Explore one of the world's oldest temperate rainforests at Clayoquot Sound. Or kick back and relax while watching a ferocious winter squall pummel the shoreline while you dine in style on classic west coast cuisine.

Kluane National Park and Reserve is truly an extraordinary destination, set within the traditional territory of the Champagne and Aishihik First Nations. On top of being home to the largest non-polar icefields in the world, the park is a hiker's paradise as it comprises 17 of Canada's tallest mountains – including Mount Logan, the highest peak in the country. Two modern highways allow visitors access to the park, where they can enjoy scenic drives and watch Dall sheep grazing or resting on the mountainsides, black bears roaming in search of food, and herds of mountain goats climbing to the summits. For visitors seeking adventure, the park offers numerous hiking trails from short family friendly paths to multi-day expeditions. Rafting is also available on the Alsek River to see grizzlies, eagles and glaciers. For a behind-the-scenes look at the wildlife, flightseeing tours offer a great opportunity for some unique encounters with nature and spectacular photo ops. A visit to the Thachäl Dhäl Visitor Centre is a must to get historical details of the region and the Champagne and Aishihik First Nations. 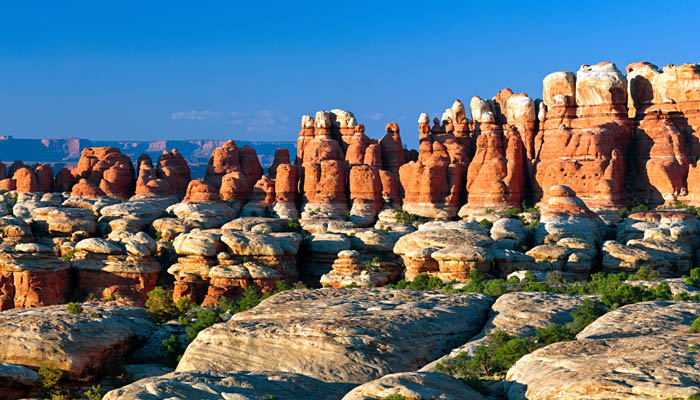 The Grand Canyon encompasses just over one million acres and three distinct forest environments, measuring 277 miles long. From Grand Canyon Village, the drop measures a vertical mile, or approximately 5,000 feet from Rim to River. (No, there is no elevator to the bottom!) The width ranges 10 to 18 feet across. Putting that in practical terms, if you hike the canyon or go down by mule, it takes two days. If you hike from the South to North Rim, the trek is three days one way. For a real adventure, raft through the Canyon; the trip can take up to two weeks. That said, the park offers a variety of sight-seeing opportunities for people of all ages and fitness levels. Scenic rim tours by motor coach are an excellent way to maximize your time and see the key viewpoints. 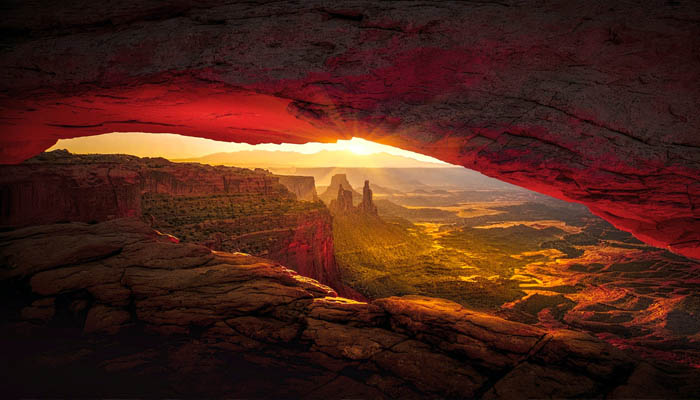 For a quieter, less crowded visit, make the 4.5-hour drive to the North Rim. North Rim is open May 15 to October 15 and there is only one lodge in the park, so reserve well in advance. The North Rim offers numerous hiking trails and mule rides from 1 hour long to 2.5 days.

The Petrified Forest was designated a national park to preserve and protect multi-colored stones, trees, plant and animal fossils, Native American sites and petroglyphs, and portions of the Painted Desert, along with a section of Historic Route 66. The landscape is diverse in color, wide open and somewhat flat with plateaus spanning miles. Visit the Hoodoos, natural stone towers at Devil's Playground, or do some geocaching. The National Park Service set up a series of geocaching clues that can be accessed from your own GPS system through the park website. The visitor's center displays some amazing samples of petrified trees and clearly explains the evolutionary process of fossils – great for the kids if you are traveling as a family. 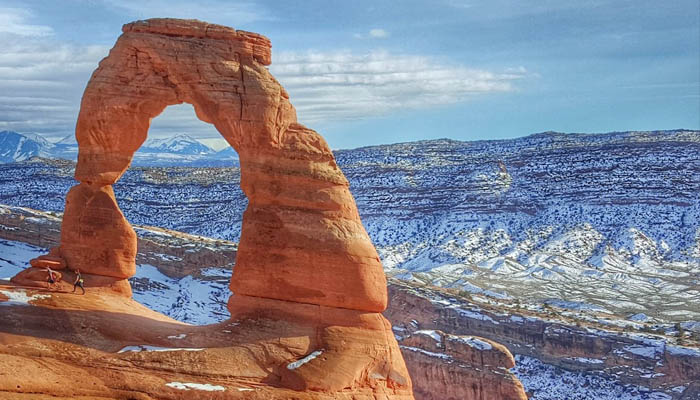 Here you will find the densest concentration of natural stone arches in the world, with over 2,000 documented arches! A special experience is the park's night skies program. Here, the Milky Way is visible to the naked eye, except on nights of dense cloud cover. Arches offers visitors the opportunity to view dark skies from dusk till dawn, and there are ranger-planned night sky programs on set dates. A unique moment in time here is when the earth and sky blend into the darkness, allowing you to wonder at the beauty and vastness of the universe. 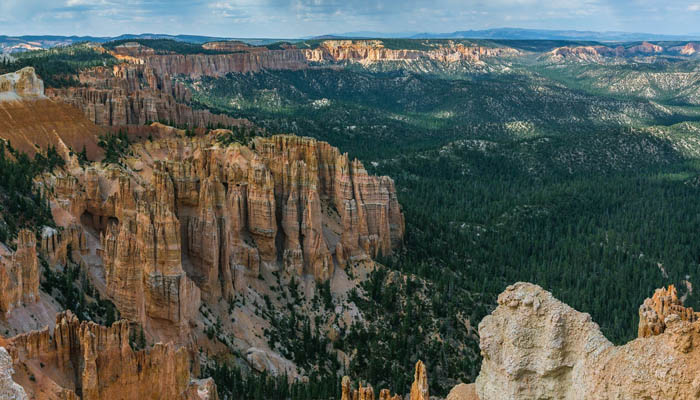 From Arches, it will take around five hours to drive to Bryce Canyon, where you will be awed and inspired by towering stone hoodoos and cliffs in dazzling shades of orange, pink and gold. The hoodoos, according to Paiute legend, were once human before a powerful god called Coyote became angry with them and turned them all to stone. Take in the formation called Thor's Hammer on the Navajo Trail – a must-see for movie and comic book fans. The park is open year-round, but access may be restricted during winter months due to road conditions. There is nothing more beautiful than snow covering the glimmering red rocks at sunrise. The park even offers snowshoeing in winter months as part of their planned ranger program. 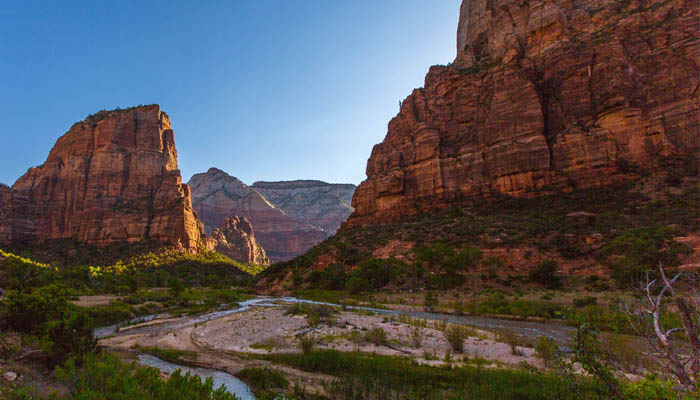 Zion was Utah's first National Park. The name means "Place of peace and refuge". The Narrows, truly the narrowest section of Zion Canyon, has white and pink walls as high as a thousand feet tall, and the river is sometimes just 20 to 30 feet wide. It is one of the most popular areas in the park and can be seen by hiking along the paved, wheelchair-accessible Riverside Walk for one mile from the Temple of Sinawava. If you wish to see more, you will be walking through the Virgin River, which can involve wading upstream for a few minutes or become an all-day hike. There is only one historic lodge inside the park and two restaurants, so dining is limited. If the lodge is sold out, your agent can find a variety of lodging options nearby. From April to October transportation through the park is by shuttle only, but private cars can take the Zion-Mt. Carmel Highway year-round.

There is so much more to see throughout North America, and the national parks of Canada and the United States offer a variety of opportunities to get out and explore the great outdoors. So, start planning your future exploration now.